Zinedine Zidane’s return to Real Madrid in March, just nine months after his departure, was supposed to signal the end of an alarming slide.

The man who masterminded an unprecedented run of three consecutive Champions League triumphs was back. The hope, the expectation, was that the real Real Madrid would follow him.

Last season finished on a sour note, with Madrid winning only one of their final five games. But there was an understanding that the squad needed work and another round of lavish investment followed. Paul Pogba did not arrive. Nor did Kylian Mbappe or Neymar. But the money spent still topped £250m, with Eden Hazard – long coveted by Zidane – the headline addition.

On Wednesday night in Paris, though, a season that had started awkwardly descended into full-blown crisis.

Real Madrid were not just beaten, they were humiliated.

Paris Saint-Germain, without Neymar, Mbappe or even Edinson Cavani, ran out 3-0 winners at the Parc des Princes and it could easily have been worse. For the first time in a Champions League game since Opta started taking records in 2003/04, Real Madrid did not even muster a shot on target.

Zidane pulled no punches on his team afterwards – “Clearly,” he said, “they were better than us in every department” – and nor did the Spanish press. 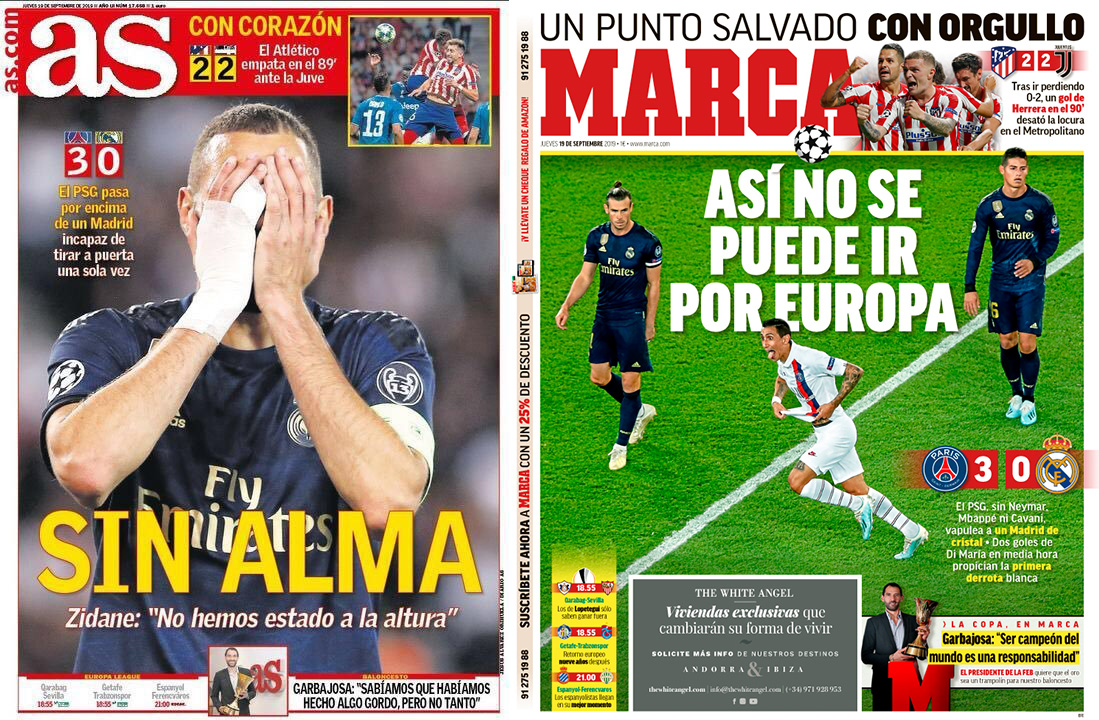 “You can’t go through Europe like this,” read the front cover of Marca, adding that PSG had “slaughtered” a Madrid side “made of glass”. “Without soul,” screamed AS, beneath an image of Karim Benzema with his head in his hands. Real Madrid had been “run over,” according to Sport.

A future full of worry?

It is, perhaps, a little early for the last rites.

There are still five Champions League group games left to play, plenty of points still to be won and plenty of opportunities to rectify what happened on Wednesday night. But there is no escaping that Zidane’s position suddenly looks vulnerable, or that Real Madrid’s future is full of worry.

Did the summer rebuilding job go far enough? On this evidence, the answer is no. Real Madrid’s squad is a blend of new signings struggling to adjust to their new surroundings and old heads who look jaded, their legs heavy after years – in some cases more than a decade – of service.

Anthony Joshua doesn’t know ‘how he lost’ but ‘it is not...

Does Mauricio Pochettino have heart and energy to complete a Tottenham...