Wayne Pivac described hat-trick hero Josh Adams as one of the best wingers in world rugby after Wales launched the defence of their Six Nations title with a crushing 42-0 victory over Italy.

Adams was the top tryscorer at the 2019 World Cup in Japan with seven and has now scored 10 in his last eight international appearances.

“He was a top tryscorer on the biggest stage so he’s got to be right up there, that has to speak for itself really,” Pivac said when asked where he rated Adams in world terms.

“With Stephen Jones running the attack and the way we want to play the game, I think wingers will get more opportunities.

“I don’t think he’ll be too fazed by the way we want to play the game. I think he’ll enjoy it.

“I liked his last try. He could have easily just parked up out on his wing but, after more than 80 minutes, he’s in close to the ruck looking for the ball and using his strengths to get over the tryline.”

North’s try moved him on to 40 and alongside Gareth Thomas in the all-time Wales list.

“It was a pretty good performance,” said Pivac. “We got the five points we were after but it wasn’t easy, we had to work hard for it.

“I’m very pleased to have held them scoreless. That doesn’t happen often at this level of the game and I’m pretty pleased for Byron Hayward [defence coach] coming in.”

Wales head to Ireland next weekend and Elliot Dee, Gareth Davies and Owen Watkin should be available after missing the Italy game through injury.

British and Irish Lion Liam Williams is rated “touch and go” with the ankle injury that has ruled him out of action since the World Cup.

Asked whether Ireland will be a different proposition to Italy, Pivac said: “Massively so. We’ll look at them, review our performance and look at the areas we need to concentrate on in the coming week.

“We certainly know it’s going to be a very tough task.”

Italy have not won a Six Nations match since beating Scotland in February 2015, the Azzurri suffering 23 consecutive defeats.

But interim head coach Franco Smith, the former South Africa outside-half who was appointed last November, insists that progress is being made and that Italy are deserving of their place in the championship.

“I feel there is change in Italy coming, the way we want to play the way we see the future,” said Smith.

“It wasn’t a lack of commitment, a lack of ability. It was errors that forced us into defending too much and then chasing a lead of 14 and, later on, 21 points. 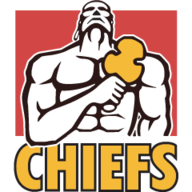 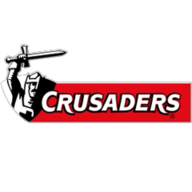 “I can understand there’s questions around it [Italy’s place in the Six Nations], it makes sense.

‘Stone Cold’ Steve Austin returns to give a Stunner to AJ...

Shane Lowry: Olympic golf will eventually be like ‘fifth major’

Scotland and World Rugby at loggerheads over lack of World Cup...