Suzann Pettersen had barely had time to reflect on holing the winning putt at the Solheim Cup before announcing it was a fitting end to her professional career.

Pettersen held her nerve to make her six-foot putt for the birdie which clinched a sensational one-point win for Europe at Gleneagles, justifying her selection as a captain’s pick which was met with some criticism when the Norwegian was added to the team by Catriona Matthew.

The 38-year-old, who has played little competitive golf over the last two years after taking time away from the game due to the birth of her son, then revealed her intention to retire, bringing to an end her 19-year professional career which yielded two major victories among her 22 wins worldwide.

“I think this is a perfect closure, the end for my Solheim career and also a nice ‘the end’ for my professional career,” said Pettersen at a jubilant European press conference. “It doesn’t get any better than this. 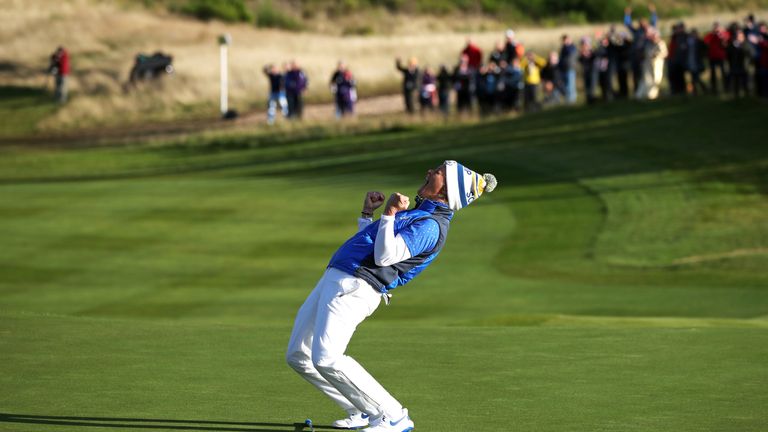 Pettersen also admitted she did not know that her putt would decide the overall outcome of the Solheim Cup, with Bronte Law having levelled the scores with her win over Ally McDonald back on the 17th green moments before.

“I thought Bronte was in behind me in the fairway, but she’s so good, she closes it out on 17,” Pettersen added. “So I actually didn’t know that it was the putt.

“I mean, can you ask for more? The last putt to win the Cup, when it’s that close? History was just made, to win here in front of the Scottish crowd. I could never in a million miles dream of something like this.”

Anna Nordqvist, a five-time Solheim Cup team-mate of Pettersen’s who thrashed Morgan Pressel in the anchor match, was nominated to lead the tributes to her retiring friend and colleague.

“I think I’m speaking to everyone on this team; Suzann has been a big role model for all of us the last couple of years, and more than that,” she said. “I remember my first Solheim Cup in 2009, I got to play alongside a lot of my idols growing up.

Phoenix Open: Tony Finau one ahead of Webb Simpson at TPC Scottsdale