Eddie Jones’ selection for Japan and Stuart’s views on a big weekend of international rugby all feature in this week’s column.

1. What to make of the England squad, announced from Bristol on Monday lunchtime?

No gigantic surprises, but some small shocks. Lewis Ludlam, offered a last chance with the injury to Sam Underhill, took it with some blistering tackles. Brad Shields, marooned with injury, only looked on as his hopes crashed.

The other major tactical call was that of Piers Francis and his footballing skills ahead of Ben Te’o. That suggests Eddie wants footballers around his tens.

Manu Tuilagi is the wild card, probably starting 12, but if it goes wrong, England look likely to shift their game-plan with rather more flexibility than some might have expected.

Dan Cole has seen off Harry Williams, and Ruaridh McConnochie, an Olympic silver medallist, is England’s ‘unknown’ – their Nehe Milner-Skudder four years on. For Jones, it was almost a conservative selection.

2. What to make of England’s performance against Wales a day earlier? Encouraging.

When Wales rallied England adapted their game – something they singularly failed to manage against either Wales or Scotland in the Six Nations.

The manner in which they tightened and attacked through their scrum was especially impressive. Whereas Argentina do not appear to have one Test-level front row, the likes of England and South Africa have two or three.

3. I can’t help but think that if either England or Wales had just clobbered the Kiwis to the tune of 47-26, the press and public would be going crazy: ‘Just give the World Cup to our boys’.

But Australia are still, according to my gentlemanly bookmakers, a generous 12-1. Yes, the Wallabies have been pretty woeful for the best part of four years, but they have an outstanding record of improving at the World Cup. Make them contenders.

4. The route to the semi-finals looks far more fraught after Perth than it did when the Wales and England squad tucked themselves into their beds Friday night.

Wales, having narrowly beaten Australia to get that gorilla off their back, were on a winning streak. Victory against Oz and the odds were on a quarter-final with France (we will come to Argentina later). France are another side who lift standards come a World Cup, but Wales would have settled for that as a quarter-final.

Now – with Australia on the move – there is a fair chance of a repeat of the 1987 quarter-final when Wales beat England. I would not be making too many assertions on the strength of one Sunday afternoon (other than to state the strength in depth of England), but no one would have this down as anything but a nail-biter.

If Wales were to edge Australia, England could face Michael Cheika’s men.

5. England have to qualify themselves, but the desperate state of the Argentina scrum suggests they have a clear route to success against the Pumas.

The South Americans look the lesser of the pool-stage threats, with France utterly unpredictable. If France had a high-class fly-half they would be down as a dark horse, but they do not.

6. Zipping back to the southern hemisphere (it’s a kind of ‘strap yourselves in for a whizz around the rugby world’ this week, folks) South Africa were ominously powerful – unless you happen to be South African – in South America.

It was a demolition job up front. The scrums have been touched upon, but the strength of their second row is something to see. There are impact options in the back row and probably the form half-backs in world rugby right now.

Given a ferocious and well-organised defensive game as well, here are serious contenders for the trophy. They were not easy on the eye, but it’s that unimpressive growl to their game that’s just so impressive. Mark them as major contenders.

It does not do to write the All Blacks off, but as I wrote in my Sunday newspaper column, there’s not the continuity, confidence, shape in either the back row or midfield. They do not know whether they want to play it traditional and play a percentage fly-half or let Beauden Barrett loose.

The manner in which the Springbok defence has shackled the Kiwi offensive game of late has played a major part in this rare All Black indecision. For what it’s worth, I reckon New Zealand should play the game with which they are most familiar against which the rest of the world struggles. Go for pace and if it goes wrong, go down in glory.

8. For a few hours New Zealand gave up their world No 1 rating. Wales were top of the tree.

It did not last long and Wales looked anything but the world’s best at Twickenham. They fielded something extremely close to their A-team while their old enemy had a mix and match feel to it. There were some signs of added creativity in the second half but plenty to work on, especially in their usual ace area of defence.

Let’s reiterate, these are early days in the northern hemisphere. The big boys in the South are match hardened as Europe tries to turn an intense period of preparation and practice into the real thing.

No, World Cups will not be won or lost quite yet and world No 1 ranking does not matter a jot until the final whistle blows in Japan on November 2.

9. Japan; I see the hosts triumphed in their Pacific tournament. If you have not seen one of the tries they scored as they overcame USA 34-20, I suggest you hunt it down online. Quite brilliant.

Think back to their first half against England at Twickenham, their steady improvement this year and, with an entire nation egging them on, there are a difficult couple of afternoons in store for Ireland and, perhaps in particular, Scotland.

That game is the final game in this pool. It could all boil down to 80 very edgy minutes for Scotland – unless, of course, they beat Ireland on the first weekend! 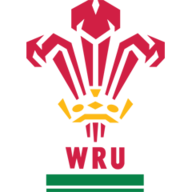 10. Ireland will have to be punchier and more dynamic than they were against Italy. ‘Okay’ was the limit of their performance.

Joey Carbery carted off was a worry. He is a player who can give Ireland something different. Fingers crossed for him, Gareth Anscombe and Tom Curry who had a fantastic half hour against Wales.

JD - September 17, 2019
0
Olympic gymnastics champion Simone Biles has expressed her pain after the arrest of her brother who was charged in a shooting that left three...

England team that wins Euro 2020? Who should be on Gareth...