Sir Alastair Cook has backed Jonny Bairstow to rediscover his form in Test cricket despite being dropped from England’s initial Test squad for the tour of New Zealand.

Bairstow averages 35.26 in his 69 Tests for England, scoring 21 fifties and six hundreds, but he was axed after a particularly lean 2019 with the bat which saw him average just a fraction over 20.

He has since been added to England’s squad for the two-Test series against New Zealand as back-up for injured batsman Joe Denly, who is currently struggling with an ankle injury, and Cook is backing Bairstow to make the most of any opportunity should it arise.

“He is a world-class player,” Cook told Sky Sports News. “His white-ball career has flourished, but he has struggled a little bit for form in the Test arena.

“He had such an impact at the top of the order after moving up to opener a couple of years ago – he was opening the batting with David Warner in the IPL – but I think that has probably made him stay a little bit legside of the ball and, as a consequence of that, he is probably getting bowled a little too often in the red-ball game.

“The break will do him good. He got left out of the Sri Lanka tour last year, when he was injured, and he then came back in at number three and got a hundred straight away.

“He has been called up probably for logistics as well. It’s a long way to fly someone over to New Zealand when he is already out there as cover.

“It will be good for him to reassess where he’s at with Test cricket. When you get dropped, it’s that line in the sand and it’s about how you respond to that.

“Knowing Jonny and his competitive spirit, it will give him a little kick up the backside and he’ll be back scoring runs for England, because good players like him respond.”

England play two warm-up games prior to the first Test match Mount Maunganui on November 21, while the white-ball outfit have a series-decider to settle first, Sunday’s final T20I of the five-match series against the Black Caps. 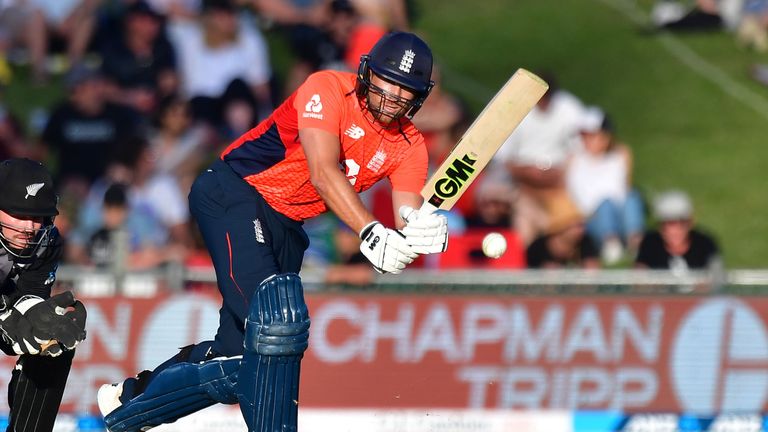 Cook is delighted that the 33-year-old Morgan is sticking around to skipper the side till at least the T20 World Cup in October next year following rumours that he might step down after England’s World Cup win in the summer.

“I suppose the tempting thing is to always go out on a high,” said Cook. “The pinnacle, standing at Lord’s, his home ground, after such an amazing World Cup win. How do you top that?

“But, actually, with the T20 World Cup only 12 months away – they got to the final in 2016 – I think there is some unfinished business there.

“The way he is striking the ball at the moment is fantastic; he has played really, really well over the last two years or so – and the way he leads the team, I would have been surprised had he not carried on.

“It’s a question you get asked when you get to 32, 33 years old; everyone asks you every day [about retirement] for no apparent reason.

“Just look at Jimmy [Anderson]. Every day he is asked ‘when are you stopping’? Yet his performances over the last few years have been outstanding.

“I suppose that’s just the nature of the beast. You know you’re getting older when people start asking are you going to retire? Eoin showed his class today and has for a long time as a leader of that team.”

‘Finding the next Stokes or Buttler’

Cook was speaking to Sky Sports News as part of the 25th year anniversary of the National Lottery, championing the role they played in funding the grassroots of the game.

“Amazingly, the National Lottery is 25 years old this year. Even I can remember when it first got launched,” said Cook. “It’s about making people aware of its anniversary and the good it does.

“During that period of time it has invested £5.7bn into grassroots sport, not just cricket, not just rugby, but all sport.

Lomachenko vs Campbell: Vasiliy Lomachenko has brawn but it is his...

JD - September 17, 2019
0
The fluorescent feet of Vasiliy Lomachenko did not stop flickering for the 36 minutes that he so majestically fought Luke Campbell. ...