Quique Setien says his appointment as Barcelona head coach is beyond his “wildest dreams” as he outlined his philosophy for his new side.

The former Real Betis head coach, who has signed a two-and-a-half-year deal, was formally unveiled at the helm of Barcelona on Tuesday, a day after the club sacked Ernesto Valverde.

Setien, 61, says he was surprised to be offered the position by the Barcelona hierarchy – which he described as the “highest accolade” – and vowed to win silverware both domestically and in Europe. 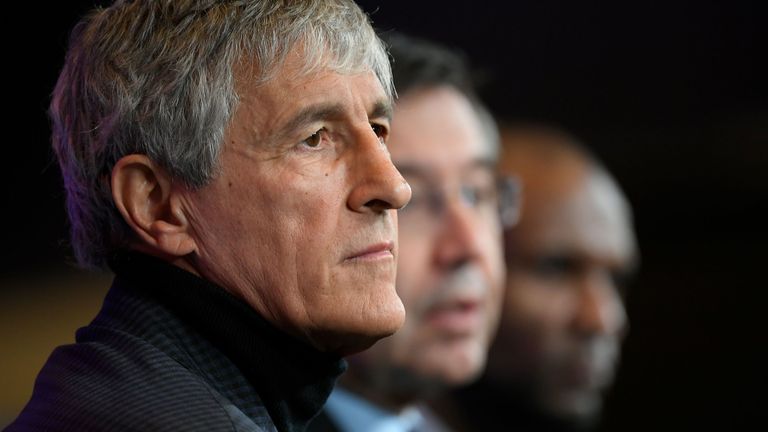 My objective is to win everything! Everything you can win, this club has no other path to follow

“Not even in my wildest dreams could I have imagined this,” Setien said.

“I have to thank the club. I’m excited about this challenge and this project

Setien, who has described being inspired by Johan Cruff, takes charge with Barcelona top of La Liga, ahead of rivals Real Madrid on goal difference, and targeting success in the Champions League and the Copa del Rey.

“Yesterday, I was walking around my home town with cows around me and now I’m here at Barcelona managing the best players in the world,” he said.

“I thank Ernesto Valverde for leaving me with a side that is top of the league.

Garcia vs Vargas: Mikey Garcia vows to bounce back in style after a first career loss