They say that the Premier League table never lies. But particularly at this stage of the season, it can certainly state the occasional porkie.

Arsenal may sit just two points behind champions Manchester City after round six, but for much of Sunday afternoon the storm clouds were gathering menacingly over the Emirates. And even in the wake of their gutsy comeback win over Aston Villa after the arguably-harsh dismissal of Ainsley Maitland-Niles, there is the sense that Arsenal, fourth place or not, are stumbling. 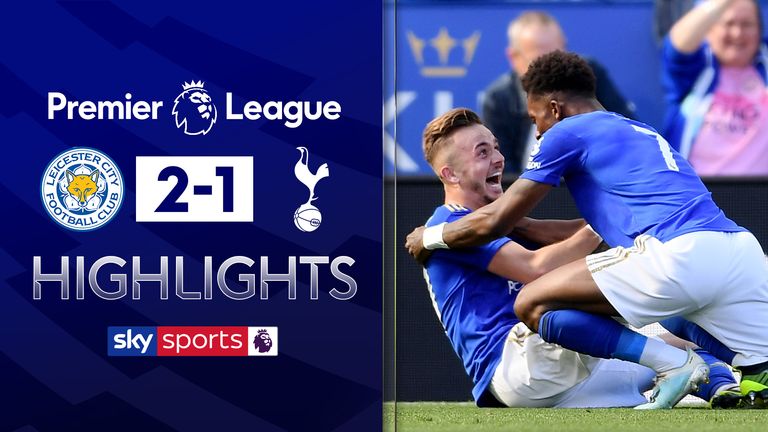 FREE TO WATCH: Highlights from Leicester’s 2-1 win over Tottenham

“For now we are focusing on performance not where we are in the table,” said Brendan Rodgers after Leicester’s come-from-behind win over Tottenham in the lunchtime kick-off on Saturday. “In February or March time we will have a look.” Who is he trying to kid? Foxes fans are not afraid to look at a Premier League table that shows them sitting in third spot.

Rodgers is right to point out it is early days but there is nothing particularly misleading about Leicester’s elevated status. This is a well-coached team with quality in the full-back positions and a strong spine thanks to the ever underrated Jonny Evans in defence and the evergreen Jamie Vardy up front. But it was the presence of James Maddison that saw off Spurs.

Analysis: Do Tottenham need a refresh?

Not many players in the Premier League are more entertaining to watch and his sweet strike to win the game late on was a fitting finale to another enjoyable performance. It was typical of his luck with England that Gareth Southgate had already departed when the still uncapped playmaker found the net. He will surely get that first cap soon.Adam Bate

Leicester were joined in the top four by West Ham following their 2-0 win over Manchester United. What a promising start this has been by Manuel Pellegrini’s team since conceding five to Manchester City on their first game. The defence, led by the excellent Issa Diop, has actually been a strength – not conceding in seven hours of football now.

Declan Rice is providing good protection ahead of them and Mark Noble dictated things against United. Ahead of them, Andriy Yarmolenko is making up for lost time and Sebastien Haller has the hold-up ability to provide an attacking platform from which Felipe Anderson and Pablo Fornals can impress. Quality individuals but an organised team unit too. 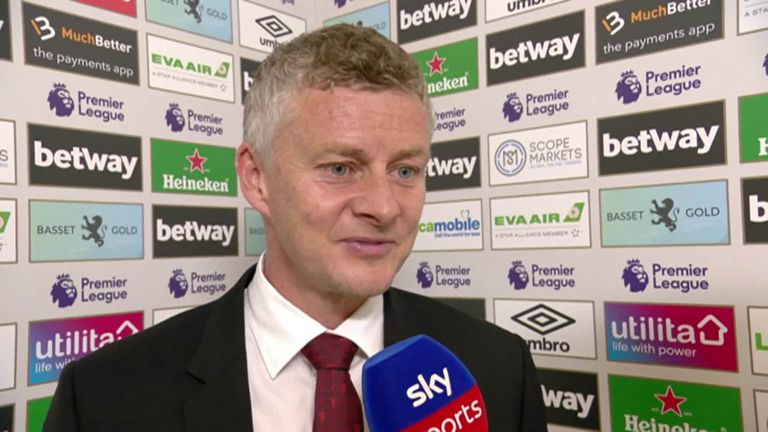 Not that beating Manchester United on your own turf is what it once was. Ole Gunnar Solskjaer’s side are now without a win in seven Premier League away games and despite restricting West Ham’s chances they deserved nothing more than defeat at the London Stadium, such was the lack of intensity and imagination to their play.

Should anyone expect any more? Solskjaer was without Paul Pogba and Anthony Martial, while Marcus Rashford trudged off the pitch with a groin problem. Given the summer sales of Alexis Sanchez and Romelu Lukaku, that left United counting on a forward line of Daniel James, Angel Gomes and Jesse Lingard. How has it come to this? 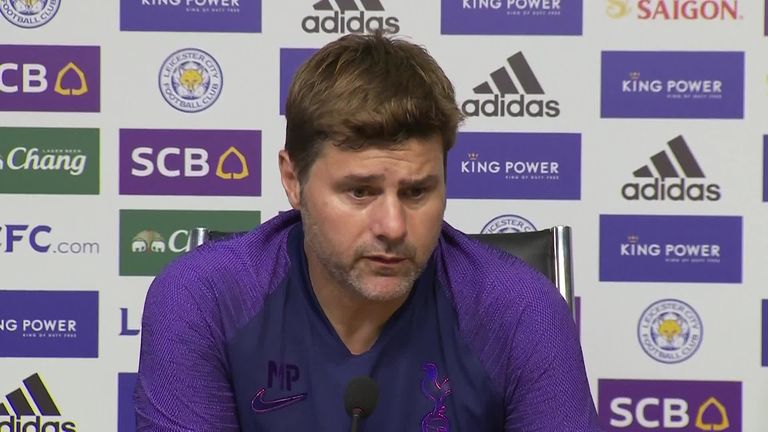 Tottenham’s performance away to Leicester was not so turgid – they played an active part in an entertaining contest between two ambitious teams. But it will still be a concern for Mauricio Pochettino that his side continue to find ways to come out on the wrong side of these matches. The wait for a Premier League away win now dates back to January.

After surrendering two-goal leads in their previous two away fixtures against Arsenal and Olympiakos, Spurs succumbed to defeat despite leading Leicester midway through the second half. The VAR check on Serge Aurier’s goal was a real talking point – Heung-Min Son was offside by the narrowest of margins – but what happened after that was not good at all.

Analysis: Problems for Pochettino at Tottenham

There were attempts to maintain calm and control the contest, but Pochettino’s players could not contain Leicester. It is a recurring problem now. The bigger fear is the uncertainty surrounding this team. Christian Eriksen was omitted. Dele Alli was out of the squad. What is the best team? What is the best formation? Clarity has been lost at Spurs.Adam Bate

FREE TO WATCH: Highlights from Manchester City’s 8-0 win over Watford

There was no lack of clarity at the Etihad Stadium later on Saturday afternoon as Manchester City demolished Watford with five goals in the first 18 minutes. They settled for 8-0 in the end. Even by City’s extraordinarily high standards this was some statement after their defeat to Norwich. It is their biggest Premier League win under Pep Guardiola.

Such was the margin of victory it is perhaps inevitable that questions about the competitiveness of the Premier League come up in the immediate aftermath. This is a product that prides itself on the notion that all results are possible. Had Paris Saint-Germain or Barcelona run up such a score then some would have been quick to scoff. 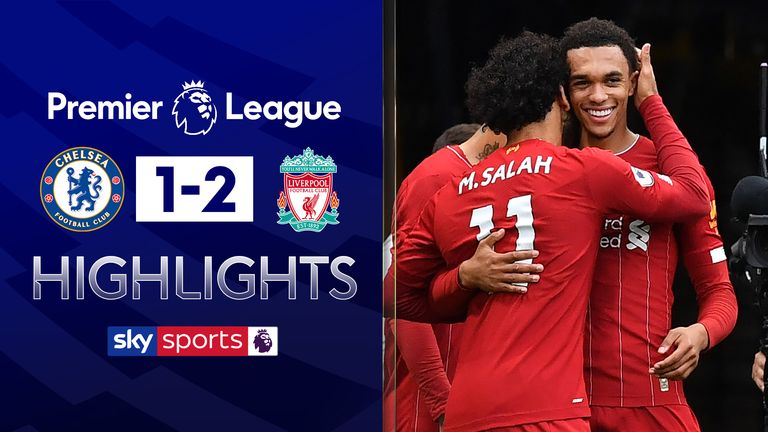 FREE TO WATCH: Highlights from Liverpool’s 2-1 win against Chelsea

If there was a worry for Manchester City over the weekend, perhaps it was the sight of Chelsea’s supporters applauding their team off the Stamford Bridge pitch the following day. Frank Lampard’s team gave it a go against Liverpool on Sunday but they were still beaten 2-1 as Jurgen Klopp’s league leaders made it 15 Premier League wins in a row.

There was no clean sheet for Virgil van Dijk and the defence. No goals from either Mohamed Salah or Sadio Mane. But it was no problem for Liverpool. This time it was Trent Alexander-Arnold and Roberto Firmino on target to maintain their five-point lead over the reigning champions at the top of the Premier League table. Where are they going to drop points?

Chelsea are in transition and still waiting for a first home win but they are still fifth favourites for the title. The trip there must still rank among one of the tougher assignments that Liverpool will face. But it is another one chalked off. If they can negotiate the next three – Leicester, Manchester United and Tottenham – City will really need to be concerned.Adam Bate

Silva struggling to convince at Everton

FREE TO WATCH: Highlights from Sheffield United’s 2-0 win at Everton in the Premier League.

Marco Silva put Everton’s third league defeat in four matches down to a lack of personality and a nervousness in possession leading to poor decision-making, but the same criticism will be levelled at the Portuguese.

Dominic Calvert-Lewin scored after being handed a starting berth against Bournemouth the previous weekend, but Silva’s somewhat scattergun approach to selection this season was highlighted by the young striker’s omission against his former club Sheffield United.

Silva has stuck resolutely to his faith in a 4-2-3-1 formation, but with Chris Wilder’s well-drilled side benefitting from yet more Everton issues when defending set pieces, the former Watford boss threw on two strikers and winger Theo Walcott in place of his captain Seamus Coleman in what could best be described as a 3-2-5.

European Qualifiers: State of play ahead of November’s final qualifiers

Will Europe defy rankings and retain Ryder Cup in America?

Jamie Jones-Buchanan: Testimonial game the greatest moment of my career