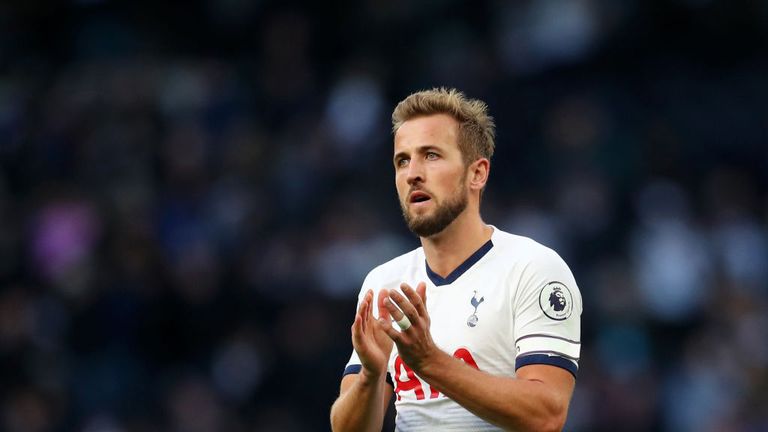 I’m not having a dig at Tottenham, but you play to win in your career. Winning is the reason you play the game.

Who can they buy to improve? Have a look at Arsenal, they moved into a stadium half the price of Spurs’ ground and Arsene Wenger talked last week about his most successful years being the ones where he got the Gunners into the Champions League after moving to the Emirates Stadium because they had to pay off the loan and sell a player every year.

Spurs are not renowned for buying big players anyway.

Are the players still playing for Poch?

I hope so. He’s a top manager, they are playing in the top league and are getting top dollar for it. I do not like the non-trying thing. I hope it’s not the case at Spurs. I don’t know the manager, but I like him. He’s a very good manager.

These players are very fortunate that they play in a good team and these teams do not come along too often. This could be the best team they ever play in and to think they are just going to breeze through it would be a shame.

FREE TO WATCH: Highlights from Tottenham’s draw against Watford in the Premier League

You’d expect Spurs to be beating the likes of Watford and Brighton. They should be getting maximum points against that sort of opposition.

Carra: time for change at TottenhamPoch hints at job risk over poor form

It was normal, wasn’t it? I don’t know what anybody expected. This is Arsenal now. It’s just lacklustre. There’s no urgency.

People say they wouldn’t know if this was Arsene Wenger’s team, I don’t know about that because defensively they looked comfortable. David Luiz just played in first gear.

But going forward, they’ve got no guile. It looked like Chris Wilder knew exactly what he wanted from his side. But with Arsenal and Unai Emery, it was almost like: ‘See you at half-time and full-time.’

I kept thinking: ‘What would this Arsenal side look like if Chris Wilder was in charge?’

FREE TO WATCH: Highlights from Sheffield United’s win against Arsenal in the Premier League.

It’s accepted. Nobody is going to work this morning and saying: ‘Oh my God, did you see Arsenal getting beat by Sheffield United?’ Those days are gone. It’s accepted through the club, the fans, the manager, everyone.

Sheffield United played as much football as Arsenal, they didn’t kick them off the pitch.

There’s nobody in that midfield who can open up a can. No matter how bad Arsenal are, everybody will come and sit 10 behind the ball against Arsenal, bar a couple of the big boys. Therefore you need special players in midfield to open things up. They haven’t got that pass, that eye-of-the-needle pass.

Even at the end, with four minutes to go, I’m thinking: ‘Do they know how long is left? I’m sure there’s an electric clock at Sheffield United, there was when I played there! Is there going to be a bit of urgency?’

A six-point gap is a lot different to eight. Manchester City still have to play Liverpool twice and they’ve got a better goal difference. For Man City, beat Liverpool twice now and you win the league.

I know there’s a long way to go and a lot of points to be dropped, but psychologically that would’ve been a big win. But the gap is still six points and that’s still a lot.

Forget about where Manchester United are, that was always going to be a difficult game for Liverpool. It’s the biggest game of the season for both teams so neither side is lying down for the other.

If they play like that every week, United will be alright, but Liverpool found a way to get back into the game, and it’s the sort of game you’ll look back on later in the season and think that was a big point. Despite not playing very well, they kept going and got what could prove to be a big goal.

FREE TO WATCH: Highlights from Manchester United’s draw against Liverpool in the Premier League

There’s always going to be pressure on Liverpool because they are the top team at the moment, everybody wants to beat them. The gap is still six points and they haven’t lost a game in the league yet this season. Six points is a big gap at this stage of the season, so I thought Sunday’s result was a good one for Liverpool. It was always going to be a hard game despite where United find themselves.

Liverpool didn’t do anything wrong last season, did they? Manchester City won their last 14 games of the season. They pulled up trees. What can you do about that? You can’t do anything about that.

They just have to worry about themselves. That’s all you can do. They’ve got to keep going and they are still favourites in my eyes.

Tottenham are up next for Liverpool and it’s another hard game. If you looked at the start of the season at the two games against Manchester United and Tottenham, you’d have probably highlighted them as two hard games, but because of the form they haven’t turned out to be the hardest two games.

Liverpool need to win next weekend. Manchester City play before them and if Pep Guardiola’s side get a win then the gap is down to three points. There will obviously be a game in hand, but the pressure will be different as Liverpool will need to win.

They then play Man City in a few weeks and if Jurgen Klopp’s side win the game and go nine points clear, you’d probably say goodnight to the title race.

Liverpool would have to throw it away big time from there.

It was always going to be the case that United showed up against Liverpool. It’s Liverpool so the fans are up for it and they give the players a lift. Suddenly, the players have got plenty of air in their lungs and it’s frustrating.

Why can’t they do that every week? All the fans ask for is energy. Skill-wise, talent-wise, everybody knows that some days that doesn’t happen, but what you can’t have is no effort. All the fans, up and down the country, all they want is their team to show signs of effort because that’s the one thing the fan sitting behind the goal would give if he got the chance to play for United or Liverpool or Chelsea or Tottenham or Arsenal or any club. They would give 100 per cent.

So why can’t they perform like they did on Sunday every week? Only the players know the answer to that.

It doesn’t look good for Stones at City

Rodri and Fernandinho did well at Crystal Palace but you wouldn’t want to play them together at the back for the next 28 games.

If you were John Stones you’d want to be leaving now, wouldn’t you? In my opinion he’s fit to play. If he’s not fit why is he on the bench? It was a strange one for me. It’s one of those Pep Guardiola decisions that was amazing, but it could have gone wrong. It was a big call to leave Stones on the bench.

FREE TO WATCH: Highlights from Manchester City’s win over Crystal Palace in the Premier League

From my experience, I’d be asking serious questions if I were Stones. It’s like me being a No 10 and a manager putting Tony Adams in my place. I’d be thinking what’s happening here?

A holding midfielder is not a centre-half. This lad is a £50m defender. It’s not like he was always there, and Pep just doesn’t fancy him as a player – a bit like Mesut Ozil and Unai Emery – it’s not like that at all.

I would say that decision is the final proof that Pep just doesn’t trust Stones anymore. It really doesn’t look good for Stones.

Pep: City need whole team to defendAnalysis: No defenders, no problem for City

Silva in it for the long haul at Everton

Marco Silva is at Everton for the long haul. They were in the bottom three heading into a two-week break and he kept his job. He’s got no worries at all.

When you are a team that have spent the money Everton have, and you are supposed to be going for the top six or maybe even sneak into the top four, but you are in the bottom three heading into an international break, you are going to be fortunate to keep your job.

I’m not saying they should’ve got rid of him but that’s just the way it is in football.

FREE TO WATCH: Highlights from Everton’s victory against West Ham in the Premier League

He’s staying put for the long term and that was a big result for the club against West Ham. That’s all you need, a bit of luck then a big result and that might see them go on a bit of a run and win five on the trot.

We’re nine games in. There are so many points to play for and if they win their next six games, they’d probably find themselves in the top six. It’s still so early in the season and there are not a lot of points separating everybody. There’s a long, long way to go.

The board have shown major faith in the manager so it’s now up to him and the players to get the ball rolling.

And finally, who’s going to win the Champions League?

Manchester City are a very good team, but they are not going to win the Champions League, playing against the best teams in Europe, with two holding midfielders in defence. They need Aymeric Laporte back.

I thought Juventus would be one of the dangers, but I watched them the other night and they are not going to win it.

Manchester United lose at West Ham: Now further away than ever?