Who impressed for Manchester City and Tottenham in their dramatic 2-2 draw at the Etihad on Saturday Night Football? Gerard Brand was there to assess… 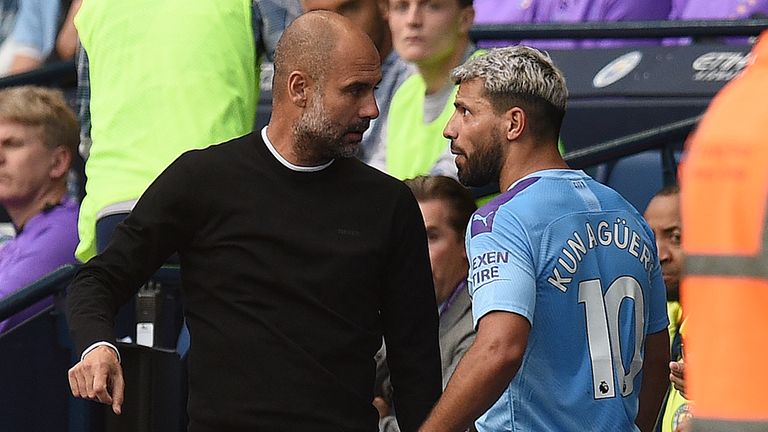 Looked bright, as always, when he came on for Aguero, and deserved to grab the winner before VAR intervened. There were, however, moments when the Brazilian could have laid on to a team-mate instead of shooting when things turned desperate for City late on.

Made a string of saves to deny City a third from Oleksandr Zinchenko, Bernardo Silva and Rodri. Could do nothing about the goals.

Struggled to contain Sterling – a tough task at the best of times – and left him for City’s opener. Otherwise bright.

Beaten by Sergio Aguero for his goal, but was calm on the ball, seeing more of it than any other Spurs player.

Carried the ball out calmy, eventually, after a nervy start. Very strong in the tackle, but was nowhere to be seen for both goals.

City had plenty of joy down Danny Rose’s side, but he wasn’t afraid to get stuck into the tackle, enjoying a competitive personal duel with Bernardo.

Perhaps not the stopper Spurs needed in this type of game, keeping the ball ticking over with 91 per cent passing accuracy, but doing little to stop City pile forward.

Went forward for one great run in the first half as Spurs struggled with a long out ball, but lacked the quality needed to break down City with a final ball.

Found Lamela for his goal with a neat forward ball, and won all 10 of his duels with City players.

Fine finish for his goal, and wicked cross for Spurs’ second, but will likely still be constantly rotated with Christian Eriksen and Moura.

Had very little influence on the game as City coerced him into physical battles. Grew in the second half slightly, but his passing accuracy ended below the 80 per cent mark, a rarity for the Dane.

Had just one touch in the final third in an absent first half and won just two of his eight duels. His quietest game for a long while.

Fine header to make an instant impact for Spurs’ second, and was involved in a couple counter attacks as the visitors looked for an unlikely winner.

Dillian Whyte must be given ‘a chance to prove’ his innocence, says Eddie Hearn