Joe Schmidt has challenged Ireland to reassert their class by hitting back immediately after suffering one of the all-time Rugby World Cup shock defeats by Japan. 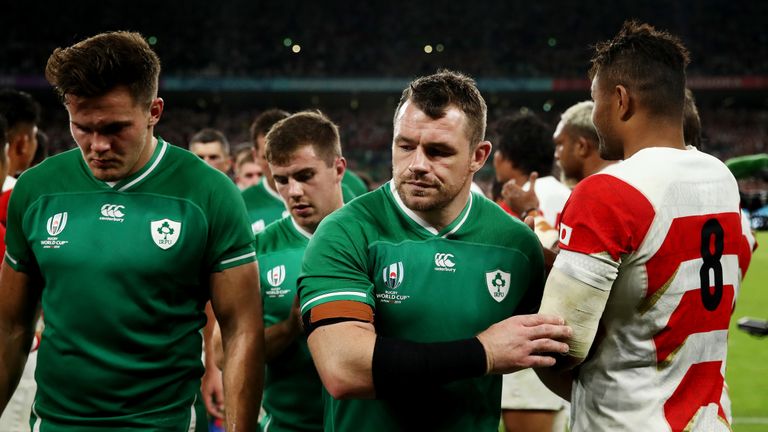 Ireland have also lost Jack Conan for the rest of the World Cup, the Leinster flanker laid low by a foot fracture suffered in training.

Back-row forward Jordi Murphy could be called up in Conan’s stead after being withdrawn at the last minute from Ulster’s PRO14 opener against Ospreys on Friday night.

“Unfortunately Jack Conan has a fracture in his foot. And he will return home to Ireland tomorrow,” Schmidt admitted.

“Rob Kearney has got a decent shiner, but he’s feeling okay now.

“He failed his HIA (head injury assessment) as far as I know. If he doesn’t pass HIA two and three, he will be a confirmed concussion and he would miss the Russia match.”

Japan shocked the world for the second time in four years, adding this superb victory over the globe’s number-two ranked side to their 34-32 win over South Africa at the 2015 World Cup.

Ireland boss Schmidt in midweek branded referee Angus Gardner’s performance “incredibly frustrating” the last time the Australian had officiated his side, in the 25-7 loss to Wales in March that sealed the 2019 Grand Slam for WarrenGatland’s men.

And in the wake of this loss, Schmidt was again left to lament a referee with whom Ireland cannot seem to get to grips.

Stuart Broad says he has a lot of Test cricket left...