Tottenham debutant Japhet Tanganga has revealed he told Jose Mourinho he was not scared by the prospect of facing Liverpool in his first Premier League game.

The 20-year-old centre-back was a surprise selection, having only played in the 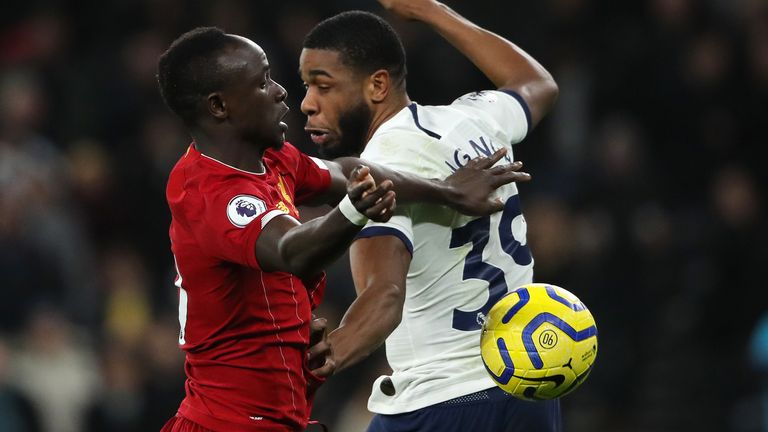 Spurs have had a full week on the training ground and Tanganga was asked by Mourinho whether he would be scared to face the Premier League leaders.

Tanganga said: “The gaffer mentioned something on Tuesday. He asked me if I want to play, I said ‘Yeah’, he said ‘You wont be scared?’, I said ‘No, I wont be scared.’

“Then we did a bit of shape two or three days before the game and I thought, ‘Yeah I’m in the team’.

“The boys have been excellent, cheering me on, encouraging me and letting me know it is just another game.

Jose Mourinho is putting his stamp on Tottenham but will their supporters embrace his old methods?

“As much as it is my debut, as much as I am playing against probably the best team in the league right now, it doesn’t matter.

“They were just great, I am grateful for the manager having trust in me.”

Spurs improved in the second half and could have scored an equaliser, only for Heung-Min Son and Giovani Lo Celso to miss big chances.

It is a day that Tanganga will always remember, but admits it is “bittersweet”.

“I was happy to make my debut but I really thought we could have nicked something at the end of the game. Maybe a draw, maybe a win,” he added on Spurs TV.

“It means a lot, from young you dream about it, you see guys on TV and you think, ‘I want that’.

FA Cup: Heads Up mental health campaign to see third round ties delayed by one minute