At least one England fan was injured and a total of 31 arrests made after violent clashes with police in Prague on Friday night.

A pool of blood was left on the cobbled street where one man was pinned to the ground. 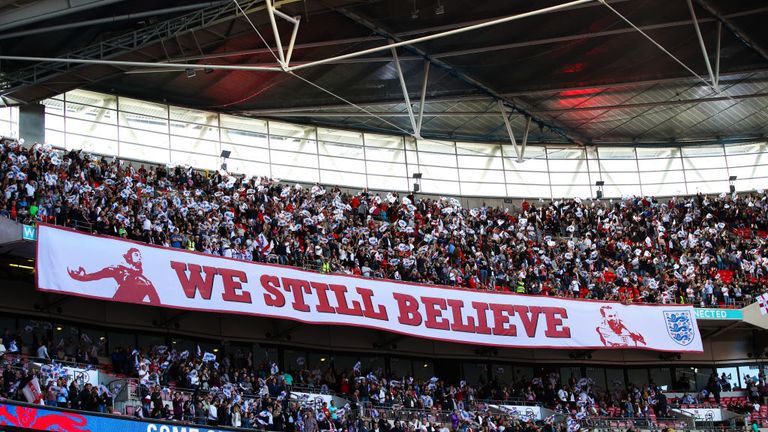 Czech Police said a total of 31 arrests had been made with “14 of those foreigners”. Police spokesman Jan Danek said fans of both teams were detained following interventions for incidents in two bars.

England were in the Czech capital for their European Qualifier and suffered their first qualifying defeat in over 10 years, losing 2-1 after leading from an early Harry Kane penalty. They play Bulgaria on Monday.

The ugly scenes erupted just before 7pm local time after a day of drinking for supporters who had descended on the city ahead of their team’s match against the Czech Republic.

Hundreds of fans took over a small square in the city’s Old Town, chanting and singing.

Until night fell, there had been little trouble, with police involvement limited to telling fans to remove flags from buildings.

But as bottles were pelted at officers, a recorded warning was played in English, warning them to “obey the law” and that face coverings and pyrotechnics are illegal.

Czech police then advanced, firing stun grenades as English fans were forced back through a small archway as missiles continued to be thrown.

About 10 men were pinned into a corner and made to lie face down, while another was seen being held on the floor nearby as officers secured the scene.

Almost 3,800 England fans bought tickets for Friday night’s clash, although more are believed to have travelled.

The late kick-off time of 8.45pm and the city’s party reputation led to fears of a repeat of ugly scenes witnessed on recent trips to Amsterdam, Dortmund and Porto.

Sonny Bill Williams: I had planned one more year in rugby union

What awaits the NFL’s new head coaches in 2020?