Tottenham’s Dele Alli has been left out of the England squad, while Chelsea pair Tammy Abraham and Fikayo Tomori have earned call-ups for the European Qualifiers against Czech Republic and Bulgaria.

Alli has made four appearances for Spurs this season since returning from a hamstring injury but misses out on Gareth Southgate’s latest squad, as do fellow midfielders Alex Oxlade-Chamberlain and Jesse Lingard. 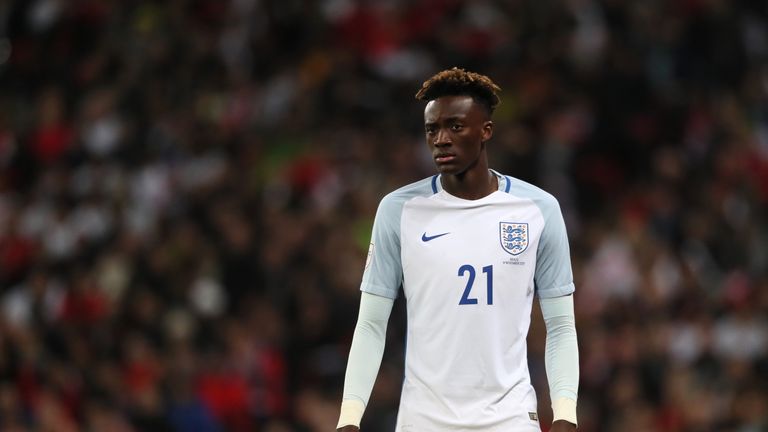 Tomori is enjoying a successful breakthrough season at Chelsea, following a loan spell at Derby alongside Mason Mount under manager Lampard.

The 21-year-old has made four Premier League and two Champions League starts for Chelsea, and scored his first goal with a spectacular strike in a 5-2 win at Wolves in September.

The Canadian-born defender has previously featured for his country of birth at U20 level, but has since gone on to earn 15 caps for England U20s, winning the World Cup in 2017, and 15 caps for the U21s.

Southgate said: “His profile as a defender fits with the way that international football is. His athleticism is important. He is capable with the ball. It’s a good opportunity for us to take a closer look at him.

“He is in good form so he’ll be feeling confident about himself. He’s played very well for Chelsea against some very good opponents. It’s a great opportunity for him.”

Oxlade-Chamberlain and Lingard have both struggled for game-time at Liverpool and Manchester United respectively, resulting in their removal from Southgate’s youthful squad, but Fabian Delph, 29, has returned after impressing for Everton since his summer move.

On the omission of Oxlade-Chamberlain and Lingard, Southgate said: “It’s a little bit like Dele really, where the season hasn’t quite got going for either of them, but we are expecting them to challenge in the coming months.

“But to put them in means I’ve got to leave somebody out who is in form and playing well. I think all of those players would recognise the rationale behind those decisions.”

Southgate insists he still has ‘faith’ in Jesse Lingard, despite leaving him out

Kyle Walker remains an absentee as Trent Alexander-Arnold and Kieran Trippier continue to impress at Liverpool and Atletico Madrid respectively, with Manchester United’s Aaron Wan-Bissaka missing out due to illness.

Southgate added: “I said last month that we wanted to look at a couple of the other full-backs – a different profile. I was really happy with what Kieran and Trent did in the matches.

“Kyle is a slightly more defensive full-back. He has good qualities with the ball but the other two boys we felt did well last month and we didn’t feel the decision to change would be the right one.

“We’ve got really good quality, really good competition for places. There are some really tight calls and difficult conversations to have with players.”

Mason Mount receives another call-up after earning his first two senior caps against Bulgaria and Kosovo last time out, as do the uncapped pair of James Maddison and Tyrone Mings.

England are top of Group A with 12 points from their opening four games, scoring 19 goals along the way.

Southgate’s side will travel to Prague to face Czech Republic on Friday October 11, before the away fixture with Bulgaria the following Monday.

“Gareth Southgate’s opening statement in this news conference was telling, and hinted he’s had to make decisions that have ruffled some feathers.

“In the first 30 seconds of his presser, Southgate admitted he’s had some very difficult decisions to make.

“Almost as though he knew he would have to deal with some difficult questions on his decision to drop three senior players who were instrumental in England’s progression to the World Cup semi-final last summer.

“Southgate’s a loyal man, fiercely defensive of his players. And he expects the same in return. So when he’s explaining why he’s left someone out of the squad, you can sometimes see the discomfort in his demeanour. Like he’s publicly chastising a member of his family.

“The former England U21s manager likes talking about the young, exciting players he’s selected – he was purring in his appreciation of Tammy Abraham and Fikayo Tomori. And he was full of praise for Frank Lampard, and Neil Bath, Chelsea’s Head of Youth Development, who got a rare name check, along with four other members of the club’s youth set up. It’s great to see young English players being given a chance, he said.

“But when the subjects of Kyle Walker, Dele Alli and Jesse Lingard were brought up – his face tightened a bit.

“Southgate admitted competition is much tougher now than it was 12-18 months ago.

“He’s very matter of fact in explaining to the media why players haven’t been included. England’s manager is always honest and respectful.

“A number of England players have told me he’s exactly the same when he talks to them, especially when he has bad news to deliver.”

Singapore GP on Sky Sports F1: When and how to watch