David Price would relish a battle with Lucas Browne as he insists defeat to Derek Chisora has not left him on the heavyweight ‘scrap heap’.

The Liverpudlian had reeled off three victories in a row, including a dominant stoppage victory over David Allen, when he stepped in as a late replacement to face Chisora at The O2 in October.

Price would suffer a fourth-round stoppage loss, but revealed how the Chisora contract included the guarantee of another fight, and now hopes to return in the next few months. 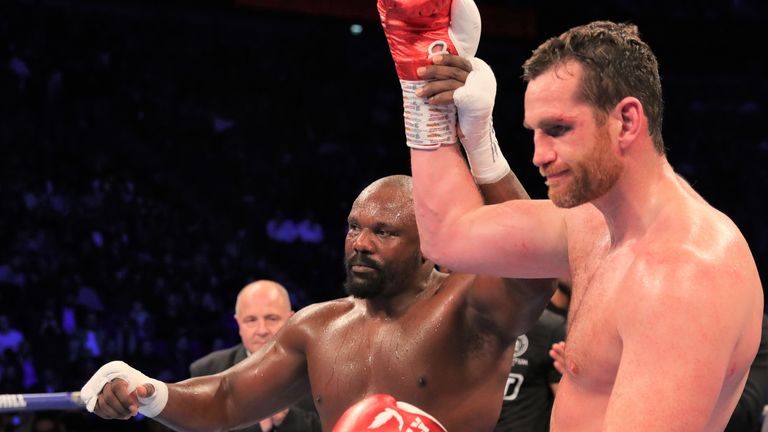 But Derek Chisora for me, even with a 12-week camp, would be a difficult proposition, because styles make fights and Derek is wrong for me

“End of March, early April, that would be right,” Price told Sky Sports. “The Chisora fight, you get judged on your last fight obviously, but the reality of it is, I did come in at short notice and it wasn’t ideal preparation and everything else.

“As far as I’m concerned, I can’t judge myself on that performance. I can’t go from performing as well as I did in July to being on the scrap heap, because I came in at a short notice job against Derek. The circumstances weren’t ideal, the build-up wasn’t great, even when I had the fight signed.

“But Derek Chisora for me, even with a 12-week camp, would be a difficult proposition, because styles make fights and Derek is wrong for me.”

Michael Hunter has picked out Price as a potential opponent, but the 36-year-old admits Australian Browne is a more preferable foe than the American, who is a former cruiserweight.

“Michael Hunter, to be fair isn’t the ideal opponent for me,” said Price. “He’s small and nimble and they’re not the type of opponents I’ll be looking to get straight back in with.

“I’m thinking more along the lines of Lucas Browne,” said Price. “That’s a fight I’m really interested in. I think it’s a good fight for both of us. Whether that’s the fight that I have to come back, or not, I don’t know.

JD - December 6, 2019
0
Calum Hill continued to shine in the early stages of his rookie European Tour season as he fired a superb 64 to earn the...

US Open: Angelique Kerber knocked out but Ashleigh Barty and Karolina...