Bianca Andreescu quoted the great Billie Jean King when she made a guest appearance on The Tonight Show Starring Jimmy Fallon.

Andreescu produced a bold and brilliant performance on Saturday to secure a 6-3 7-5 win and deny former world No 1 Serena Williams from a record-equalling 24th Grand Slam title.

With the win, Andreescu has jumped to a career-high fifth in the world rankings a year after sitting outside the top 200 when she was an unknown quantity to most in her home country of Canada. 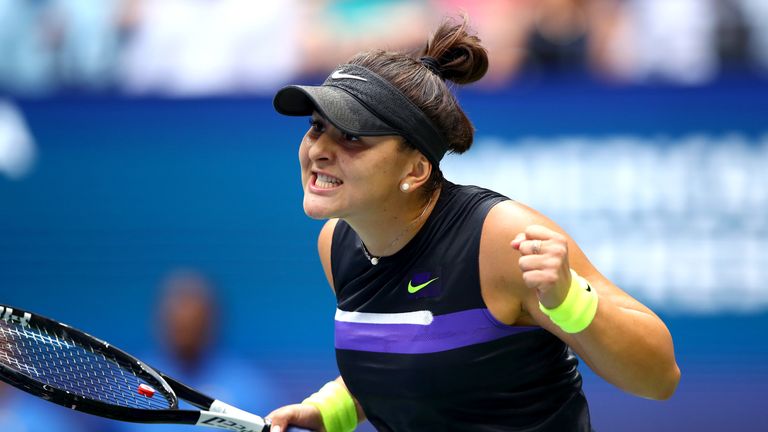 “It feels so good,” she told Fallon. “Everything has been pretty hectic ever since so I never got the chance for everything to soak in. Last year I was going through a pretty bad back injury so now being able to hold this trophy is something really special, and playing Serena in the final, I’ve been dreaming of this moment for a pretty long time.

“I was really, really nervous before the match, but when I stepped on the court I was just stuck to my game plan and I did some really good things.

“There is always going to be pressure, whether it’s pressure you put on yourself or the external pressure, but what Billie Jean King says, pressure is a privilege, so I just try to embrace it as best as I can and I think I’ve been doing that really well this year.”

Andreescu will now have to get used to her celebrity status as she is headline news back home with celebrities such as Shania Twain, Steve Nash, The Toronto Raptors, and the Toronto Maple Leafs sending her messages.

CONGRATULATIONS @BiancaAndreescu! You are awesome and you are the first Canadian to win a Grand Slam singles title 馃弳馃敟 pic.twitter.com/Z6WxpUG21F

But the 19-year-old told Fallon that she was still waiting to hear from rapper Drake.

Sam Billings ‘honoured’ to be England vice-captain in New Zealand

King Of Change wins the Fortune Stakes at Sandown